Fun fact number 201, Seahawks fans once caused a minor scale earthquake in Washington while cheering in the stands. While there is power in numbers, you, as a single individual, you still have a passion that makes a difference.

Serendipity brought these two Seahawks fans into the wild, where they made an impact on their environment a second time. The fire these two carry for their team caused quite the rumble; it may even be considered a new wonder of the world. 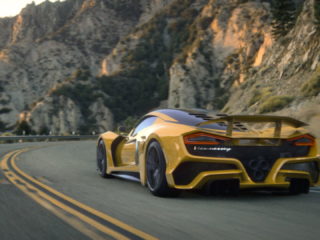